How important is a happy ending?

If you’re a writer of romance, then you should easily be able to answer that question.

When I began writing, I didn’t understand the difference between “women’s fiction” and “romance.” I read a blog that explained it quite well, and though I won’t go into as much detail, here it is in a nutshell: Women’s fiction may or may not have a happy ending. Romance must! Any woman who picks up a novel that is placed in the romance genre, believes that what she is reading is safe. That no matter what trials and tribulations the hero and heroine go through in the course of the story, it will have a happy ending and they will be together. This is not necessarily the case for your supporting characters, but the main characters need to have their “happily ever after.”

I’ll never forget when I was plotting out one of my first stories, and had decided on an ending. I was in my car, driving to work, and when I arrived there I had swollen, red eyes, and a horrible headache! Reason: I had intended to have my heroine die in the end. It all made sense. It was how the story was progressing. But then, after talking to my sister, (who is one of those readers who reads the last few pages of a book before she reads the entire thing), I decided it was best to keep my heroine alive and well.  Great choice! And, it opened up the opportunity for a sequel. Hard to do when your characters are dead.

I also had a revelation when plotting another book. A secondary character was doomed to die. After writing the scene I had a migraine from sobbing so hard! I had a wise young man, (who happened upon the conversation I was having about it with my co-workers), ask me why I was writing it that way if it made me so sad? He kind of shrugged and said, “It’s not in print yet, is it?” When I said, “no,” then his comment was, “So what’s the problem?  Change it.”  Such simple logic! So, I changed it, and it resulted in a much better story, and a sequel!

You may think that if a reader knows that the characters are going to end up together, then what’s the fun of reading the story? The fun is the journey. If you can make their journey fun, exciting, gut-wrenching, and let’s not forget, romantic, then your readers will love you and your books. 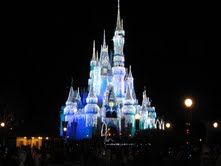 And they lived happily ever after…