Victoria O’Malley is by far the most complex character I’ve ever written. Beautiful, bratty, bold, and believe or not, she does have a heart. This gorgeous redhead is featured on more of my covers than any other characters.

For those of you who’ve followed her journey in my Southern Secrets Saga, don’t worry, I’m not going to reveal any spoilers! But, I thought I’d give you a chance to get to know her better. Find out what makes her tick.

Raised as only child by some of the wealthiest people in Mobile, Alabama, she led a life of leisure. As a ‘Daddy’s girl,’ she was given anything and everything she wanted, and rarely told ‘no.’ As she grew into a woman, she used her beauty to entice people outside her family to accommodate all her pleasures.

Unfortunately, her striking looks lead her into the arms of a man who’s abusive and self-absorbed. Handsome and wealthy in his own right, she believes he’ll be her perfect mate. Passion and lust drive their relationship. She mistakes it for love and eventually pays the price. 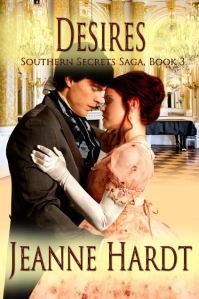 Raised as a Catholic, Victoria attended St. Mary’s parish in Mobile, Alabama. She faithfully went to Sunday Mass and weekly confession. The priest’s concern grew, the older she got. Things she revealed in the confessional remained with him and God, but weighed heavy. He did all he could to guide her, but Victoria’s headstrong ways took her down her own path. Besides, as she frequently reminded people, no matter what she did, she’d be forgiven once she confessed. In her mind, that made her as clean and pure as snow.

She attended Catholic school, and it was there that she attained her sophisticated southern drawl. Though her parents were Irish, with heavy brogues, she displayed no trace of it. She wanted to sound like the other girls in her class, so she mimicked them. Besides, she found that men preferred hearing the lilt of a true Southern Belle. Drawing their attention was by far her greatest pleasure, and her ultimate purpose in life.

Her mother was another major influence. Beautiful like her daughter, Shannon O’Malley passed her wisdom on to Victoria. When she advised Victoria to judge a man by the size of his wallet, Victoria took it to heart. Genuine love and respect was never considered.

Here’s a little secret some of you may not know …

Victoria made her first appearance in a different series. In book three of my River Romance series, you’ll meet her as a pre-teen.

Here’s a teaser from “Forgotten.”

“Be with you in a minute, Miss O’Malley,” Jake yelled. He scratched at his full beard, then bent low over the counter. “Banker’s daughter,” he whispered. “One a my best customers.”

Brian chuckled, then glanced at the girl. She could easily have been Margaret Mitchell’s daughter. Same red hair and striking features. “She’s very pretty.”

Brian agreed. To be that young and already well put together indicated she’d blossom into something extraordinary.

He wanted to get down to business, but Jake seemed more interested in gossip. “That dress,” he said through the side of his mouth. “Twelve dollars. Came from overseas.”

Brian gasped. Twelve dollars for one dress? Silk and lace. Not something any ordinary girl would put on for casual daywear. Even Hannah’s attire wasn’t this expensive-looking. Impractical during a war.

As if she knew they were talking about her, the girl came to the counter. She tipped her head coyly and batted her eyes. “Who’s the new boy?” Her southern drawl was thick but refined, and though she posed the question to Jake, her eyes were on Brian.

Now that she’d moved closer, she was even more beautiful. Her eyes were deeper green than his.

“Miss O’Malley,” Jake said. “This here’s Brian. He works for Mr. Bradley over at that new hotel they’re buildin’.”

Brian nodded at her and smiled.

“A carpenter?” She stuck her nose in the air and grunted.

“Yes.” He pulled his shoulders back. Her beauty rapidly diminished.

Brian faced the shrieking woman. This redhead was a grownup version of the girl. Dress and attitude. For all the women he’d met in Mobile who had his features, surely a relative had to be in the city.

“What, Mama?” Victoria rolled her eyes.

“But I haven’t had time to buy something,” Victoria pouted.

Mrs. O’Malley took the girl by the hand. “There’s always a first time.” She smiled at Brian, then nodded to Jake. “Good day, Mr. Parker.”

I hope this little snippet has piqued your curiosity. Unlike my saga, which sometimes leaves you hanging at the end of a volume, the River Romance books can be read as single titles. Each book comes to a conclusion. Still, I’d highly recommend that you start with book one, “Marked.” The series follows a family in Tennessee, and you’ll get to know each family member a bit better by starting at the beginning.

I enjoy linking characters in my books. Even if they skip over to a different series. There’s a surprising brief ‘cameo’ from one of my Southern Secrets characters in my single title, “From the Ashes of Atlanta.”

I hope you’ve enjoyed this insight into Victoria. She’s the girl you love to hate, but she worked her way into my heart and hopefully yours, too. I’ve shed many tears for her. And that’s another story . . .